Getting to grips with hand position

Out of curiosity and as a general informal poll, I’m wondering how everyone holds the steering wheel.

Polls! Nice.
FWIW, when I was a kid, racing a flat head with an Azusa wheel, my hands were at 2 and 8. The track only had 2 left turns, after all.

I catch myself switching based on turns. I’m not entirely sure why. I mostly stay 10 and 2, but then change my grip for turns that might be tighter and switch to something like 5 and 7. 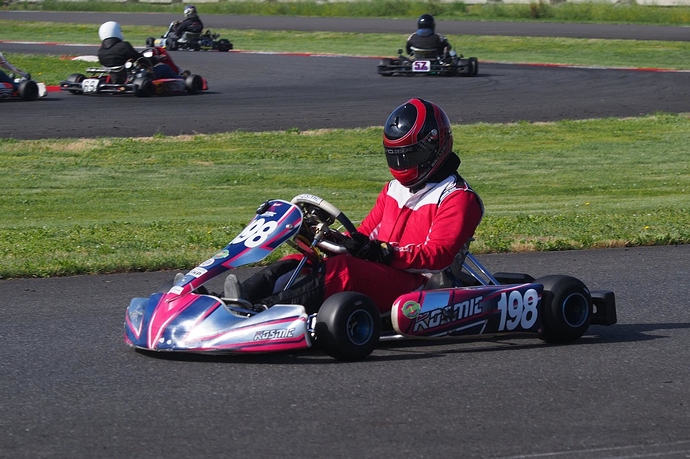 Back when I started (1998) all the best drivers drove with their hands at 10-2 and to some extent you had to, you couldn’t hold the steering wheel and lock you elbow in place without it (like Danilo Rossi below). The tires were too sticky. 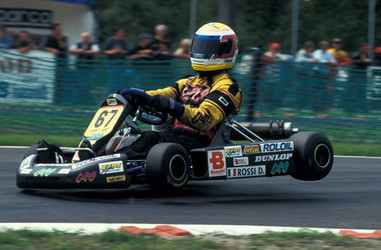 Then at some point in the mid-noughties (and definitely started by tonykart drivers) the hands started to drop. Probably due to harder tires.

But I still can’t understand how you can have as much control with your hands below 9-3 as above. 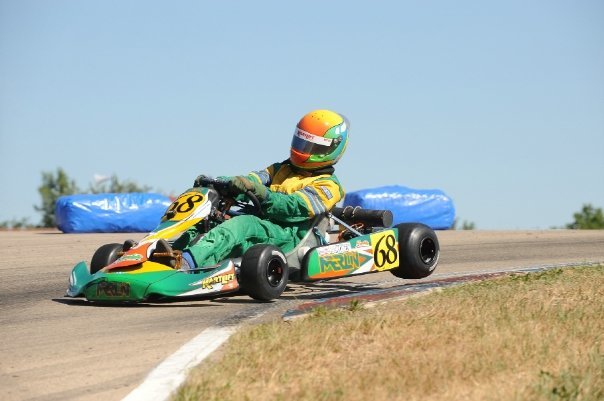 Aim more for this 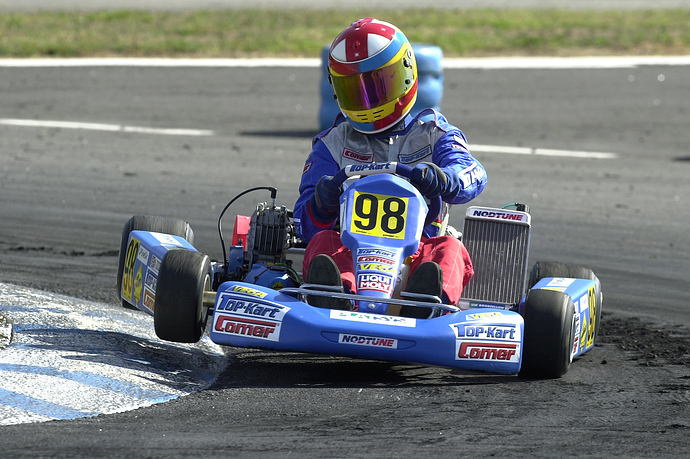 This topic is kinda turning into a series a great pics 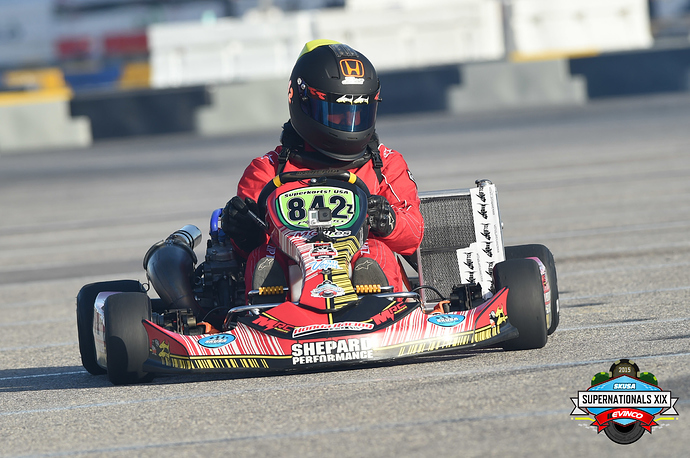 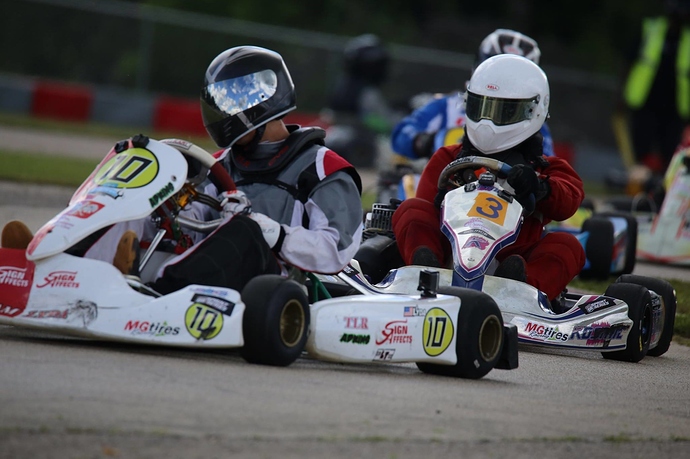 Rocking a standard 9-3. My friends at work (Veloce Indoor Speedway) comment about my head stays so level compared to the other customers. The only regular who has that down is a kid that moved from karts to racing a Porsche Cayman GTS in Continental Tire SCC.

The reason I made this topic was because hand positioning is one of the first things I focus on when coaching a driver.

Most drivers who are struggling have their hands too low. This gives them too much leverage on the wheel and they end up massively overdriving the kart and yanking on the wheel in the corner. The other bad habit that goes along with this is moving your hands around on the wheel before the corner to get more leverage.

I had the same problem when I was younger. For about 4 years I drove at 11-1 because it limits your leverage on the wheel and forces you to drive smoother. I learned this watching the Margay factory drivers in the mid 2000s. Adkins, Jump, Nelson, and Stewart all drove this way. Then, once you’ve mastered that feeling, you can move your hands to a more conventional position.

I drive at 9-3 now. However, if I feel myself getting out of control on the wheel, I always try moving my hands up in the middle of the session to settle myself down.

Alright!.. Now I’ve gotta wait until the offseason ends to try that out

@Trey_Shannon what position(s) have you used during your 24hr record runs?

On the “main site” you can upload a galleries. There’s some prettty neat ones in there right now www.kartpulse.com/albums
Only caveat is that the login accounts between these forums and the main site are not linked yet. But we’re working on it.

So I had my seat moved and kart rescaled, so I’m able to use the 9/3 positions much more easily now. - Fun fact

I was thinking people submitting their favorite photos of themselves to use in it, otherwise there’s too many great pictures to choose from!

(irony is when your own 20 character limit gets you)

A collage of all the Kartpulse members to have for fun. It doesn’t have to do with the hand positions but we were posting a bunch of pictures for a while and I thought it would be cool to have one